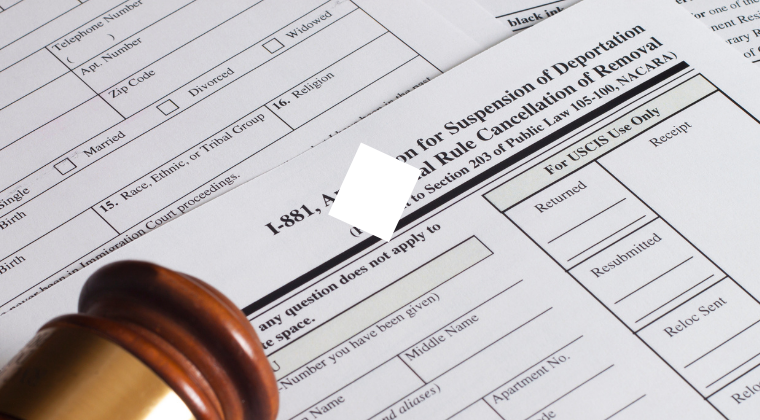 A policy memo issued on April 3 that went into effect on April 25 provides guidance to ICE prosecutors to dismiss non-priority deportation cases. Under the direction of Secretary of Homeland Security Alejandro N. Mayorkas, Immigration and Customs Enforcement (ICE) prosecutors have been directed to consider dismissing cases for individuals who don’t fall under the Biden administration’s prioritization guidelines for internal enforcement.

The memo Guidance to OPLA Attorneys Regarding the Enforcement of Civil Immigration Laws and the Exercise of Prosecutorial Discretion was written by Principal Legal Advisor Kerry Doyle to all Principal Legal Advisor (OPLA) attorneys instructing them to utilize their prosecutorial discretion to stop pursuing cases that don’t fit under the categories identified in Mayorkas’ ICE prioritization memo from September 30, 2021. The American Immigration Lawyers Association estimates that there are at least 700,000 such cases — about 40% of the court backlog, according to The New York Times, and this new policy could clear hundreds of thousands of deportation and asylum cases pending before immigration courts:

The effort could significantly reduce a backlog of asylum and deportation cases as the Biden administration anticipates a huge surge of migrants crossing the border.

Secretary Mayorkas said on April 4 in a statement about the new policy,

“Our immigration enforcement efforts are focused on those who pose a threat to public safety, the security of our borders and our national security. The memo issued today further empowers our enforcement attorneys to focus on these priorities, and it will help clear a longstanding case backlog that has clogged the immigration court system and stood in the way of swiftly removing the greatest threats.”

Talk To A DuPage and Cook County Deportation Attorney

Godoy Law Office serves the entire Chicago, Illinois area including DuPage, Cook, Kane, Will and Lake Counties. To get started on your defense, call 630-912-0322 to schedule a consultation with one of the experienced immigration attorneys today.