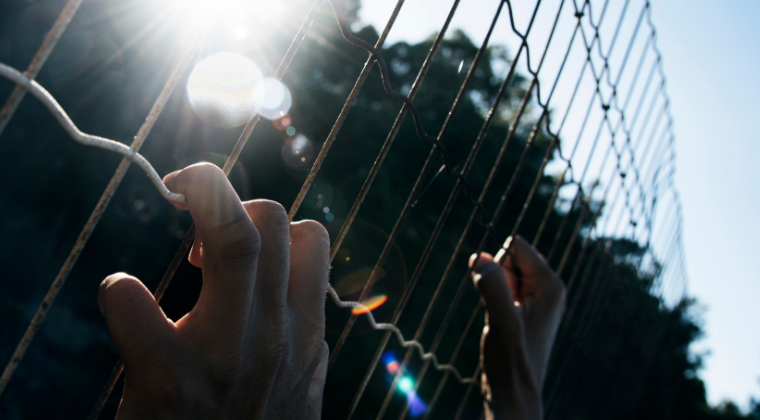 Detainees at a Texas Border Patrol processing center that is seriously overcrowded were forced to wear dirty clothing for days and to stand on toilets to get air to breathe, according to a report from Time Magazine. When conducting surprise inspections of their facilities the week of May 6, the Department of Homeland Security Office of Inspector General (OIG) found hygiene and overcrowding conditions at the El Paso facility are serious issues, with 750-900 Texas detainees living in a facility designed to hold 125 people.

The DHSS OIG report title DHS Needs to Address Dangerous Overcrowding Among Single Adults at El Paso Del Norte Processing Center has been made public, including photos taken during the inspection:

“Border Patrol agents told us some of the detainees had been held in standing-room-only conditions for days or weeks.”

Rep. Bennie Thompson, Chairman of the Committee on Homeland Security, said in a statement:

“The photos in this report make it clear that DHS has completely and utterly failed at handling the humanitarian crisis at the border. The findings serve as further evidence that the Trump Administration is not just neglecting to address the crisis — they are, in fact, exacerbating it.”

Immigration lawyer Mario Godoy, himself an immigrant, joins the chorus of immigration rights activists and lawyers who are demanding change:

“These are desperate, frightened people trying to come to the United States for a better life. I challenge anyone to read the report and see the conditions these people live in and not be ashamed of our government.”

Godoy Law Office in Chicago fights for immigrant rights and our immigration lawyers help newcomers navigate the complex and numerous immigration policies, procedures, and regulations. If you need help with an immigration issue, please contact our office at 855-554-6369.