Our depth of experience combined with our perseverance and dedication to our clients helps bring about many favorable outcomes.

Serving Clients Throughout Greater Chicago In All Immigration Matters

Immigration law clients of Godoy Law Office, include a wide spectrum of individuals, families and businesses such as:

Although nonimmigrant visas grant people the legal right to be in the United States, their rights may depend on them following certain rules and avoiding various legal violations.

The U.S. Immigration and Nationality Act (INA) is a comprehensive federal law that deals with immigration, naturalization, and the exclusion of aliens. The INA established numerous grounds upon which an immigrant may be removed from the United States and deported back to their country of origin. After a non-citizen has successfully become a U.S. citizen, they may not face immediate grounds of deportation, barring certain exceptions.

However, an immigrant may face deportation if they violate the terms of their visa, green card or other status. Other grounds for deportation include: 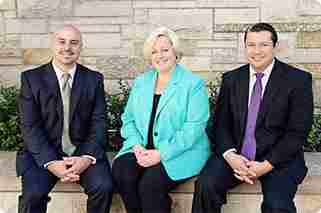 Why We Do What We Do

How Can We Help You?

How a Lombard Immigration Attorney Can Help

The increasingly complex rules governing legal admission to and naturalization in the United States has made the immigration process difficult to understand. A skilled Lombard immigration lawyer can help you with every part of the process ranging from green cards to deportation and from visas to United States citizenship. To learn more, call today.